Chasing 5G: Telecom’s Race to Profitability in the Age of Unlimited Data

Telecommunications, the ability to send information through electrical signals, is a legacy industry with a long history. Electrical communications began to dominate society in the 1830s with the telegraph and Morse code, which crossed the Atlantic in 1866. Voice communication arrived in the 1880s, and the first commercial telephone services were set up by the Bell Telephone Company between New Haven, Connecticut, and London, England, in 1879.

After holding a monopoly of the telephone industry for 100 years, the Bell Telephone Company was court-ordered to split into several regional operating companies. The remnants of which include AT&T, Verizon Communications, and Century Link. At the time of its breakup in the early 1980s, the Bell system had the modern equivalent of $370 billion in assets and employed over one million people.

Before the breakup of the telephone companies, in 1965, Donald Davies, a British computer scientist, was struggling with a way to share data between on-campus computers at his job, the UK National Physical Laboratory. While he could send long encoded data files, the problem was the circuit switching protocol that kept phone lines busy during the entire transmission. What Davies required was a more complex system than the telecommunication networks could provide. His answer was to skip the use of telephone lines and build a network by laying high bandwidth data cables throughout the laboratory campus. The result was the institution of a new way of moving data around, which he eventually coined packet switching.

Packet switching serves as the foundation for the modern internet by allowing senders to transmit data over a shared network. Today it continues to be the dominant means for data communications in computer networks worldwide.

The proliferation of the internet in the early 2000s spelled the beginning of a major transformation for the telecom industry. Packet switching technologies gave way to voice over internet protocol (VoIP), which led to the declining use of voice and messaging systems through traditional network operators.

Over-the-top (OTT) voice and messaging apps posed a serious threat to traditional carriers' business models. It became increasingly difficult to get customers to pay 15 cents per SMS/MMS text or for long-distance calls when services like WhatsApp and Viber are free with a data plan. This forced telco operators to move from per-minute/megabyte voice-based services to tiered data plans that included voice and SMS for free.

To overcome revenue declines and boost market value, from 2015-2018, network operators began to diversify and acquire internet/cable/broadband companies such as Time-Warner and DirecTV by AT&T.

Unfortunately, these acquisitions were quickly followed by the cord-cutting revolution. The availability of OTT video services like Netflix further reduced profits, with cable companies losing upwards of 14,000 subscribers each day. By 2018, twenty-five percent of Americans (33 million) had canceled their cable TV subscriptions, and that number is expected to grow, reaching fifty-five percent by 2022.

It's all About the Data

The emergence of the OTT players has forced telecom to evolve its current service offerings. OTT technology companies go over the top of carrier networks and use data connections to provide services. Because data can be in any mode, WiFi, 3G, 4G, and eventually 5G, they are not in direct competition with telecom providers.

As for cable and satellite providers, many consumers have been steadily shedding their cable subscription packages and opting for internet access only. Besides paid subscriptions like Hulu and Amazon, there is still an increasing variety of free and legally distributed video content available that completely bypasses traditional distribution channels.

Around the world in 2020, many businesses are in distress, which has brought on a fresh round of under-the-radar mergers and acquisitions from companies looking to boost revenue and achieve scale for a greater degree of competitive advantage.

How can telco providers increase profitability when the only business model they have left to generate revenue is through access charges for internet services?

Will the IoT and 5G Save Telecom?

IoT and 5G promise to be the path forward for the traditional telecom companies.

With the coming of 5G, the end-user is no longer just the everyday consumer. The case has become much stronger for enterprise and industrial IoT applications around oil and gas, transportation, construction, telemedicine, and smart factory automation.

While network operators own the spectrum, it is also necessary to begin developing direct B2B relationships with enterprises to create a diverse mix of value-added services.

More than any other business, network operators have the potential to utilize big data analytics. Unlike pure-play broadcasters and video services, telcos can track mobile and broadband usage. The use of insights around purchasing behavior, spending patterns, and other subscriber information, opens up new opportunities to grow revenue. The added value for telcos is providing a more personalized, immersive, and collaborative, end-user experience, especially when it comes to data-rich sports and entertainment content.

Altogether, telecom providers will be highly dependent on enterprise and innovation to move forward and see continued profitability and success well into the future.

For more on how this will work, read Innovating with Enterprise: How Telecom Plans to Recoup 5G Investments 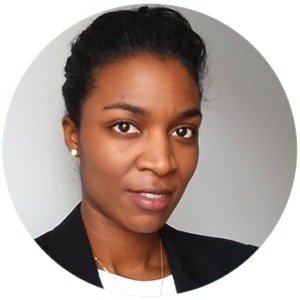 As a highly-skilled technical writer, Jennifer brings practical knowledge and experience communicating solutions around green tech, aerospace, blockchain, LPWA, and Mobile IoT applications in a variety of industries and vertical markets. Prior to branching into technology, she gained over a decade of experience developing creative content for print and digital media.